Three days after being held in check 1-1 by Maccabi Petah Tikva and four days before hosting Maccabi Haifa for a crucial league game, Maccabi Tel Aviv arrived at Bloomfield Stadium in an effort to put all the problems nationals aside in favor of the European mission.

Sheran Yeini returned to the side to make his 70th appearance in Europe for the Maccabi, just three behind record holder Eytan Tibi, as the veteran skipper joined Dan Glazer in the midfield engine room. Dan Biton, completed the midfielder on a more attacking role with the task of feeding the front line which welcomed Eduardo Guerrero back from international duty. Gabi Kanichowsky, who made his debut against Petah Tikva, retained his place, as did Stipe Perica who led the attack in an attempt to add a goal to his tally which was opened this weekend.

It took the Maccabi 13 minutes to launch the first serious threat on Alashkert’s goal, but when they did, a move involving four players resulted with the opening goal. Gabi Kanichowsky sent the ball from the left to Eduardo Guerrero who knocked it down for Dan Biton whose short pass freed Stipe Perica.

The great Croatian forward had his work cut out for him as he walked past an Alashkert defender and landed his shot out of reach of goalkeeper Ognjen Cancarevic for the first-ever Conference League goal. 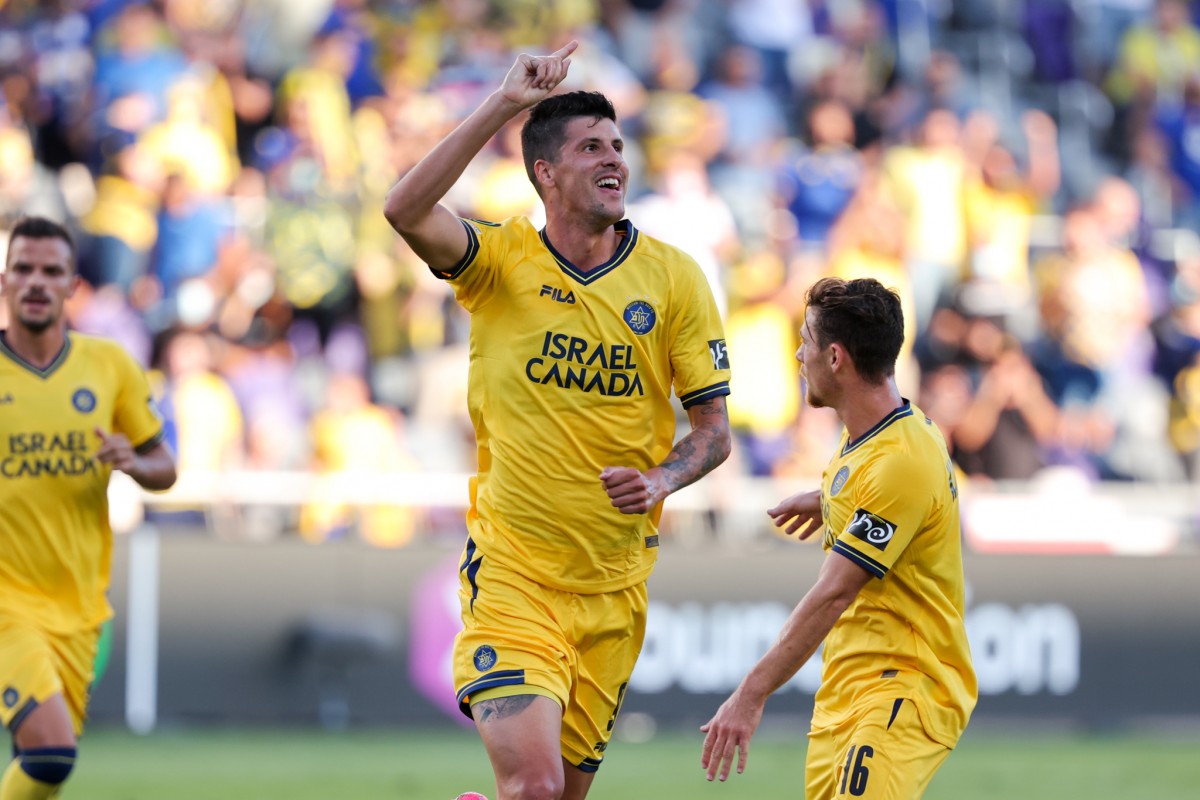 Two minutes later, Perica, who scored his second goal in three days, almost scored his second of the afternoon but was pushed back by the feet of Cancarevic. In less than two minutes, Alashkert was back on the same level, but his Portuguese striker Jose Embalo silenced the stadium with a powerful low strike that beat Daniel Peretez to bring the score to 1-1 of 17.

Two minutes into the half hour mark, the Maccabi were back in the lead when Biton freed Kanichowsky in the box with a smart pass. The small midfielder restored the lead to Maccabi with his first goal which proved too powerful for Cancarevic. 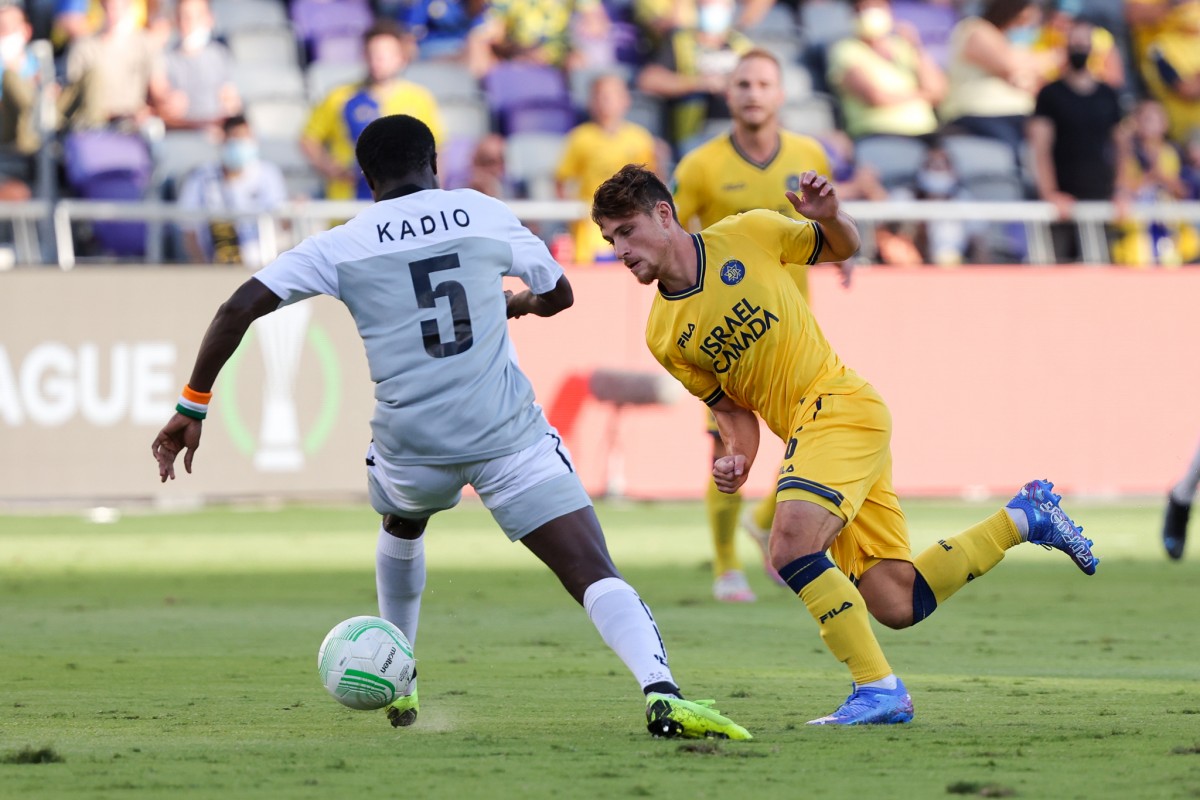 On the stroke of half-time, a cross from Ofir Davidzada reached Biton whose shot attempt was blocked and as the ball fell on Kanichowsky he released a shot which was caught by the keeper. In added time, Eduardo Guerrero burst into the box and was knocked down by a defender from Alashkert, leading to Norwegian referee Espen Andreas Eskas to award a penalty. Biton stepped up and took a weak shot which was easily caught by Cancarevic, but, luckily for Biton, Eskas spotted an offense and ordered a retake which Biton shot at home to make it 3-1. 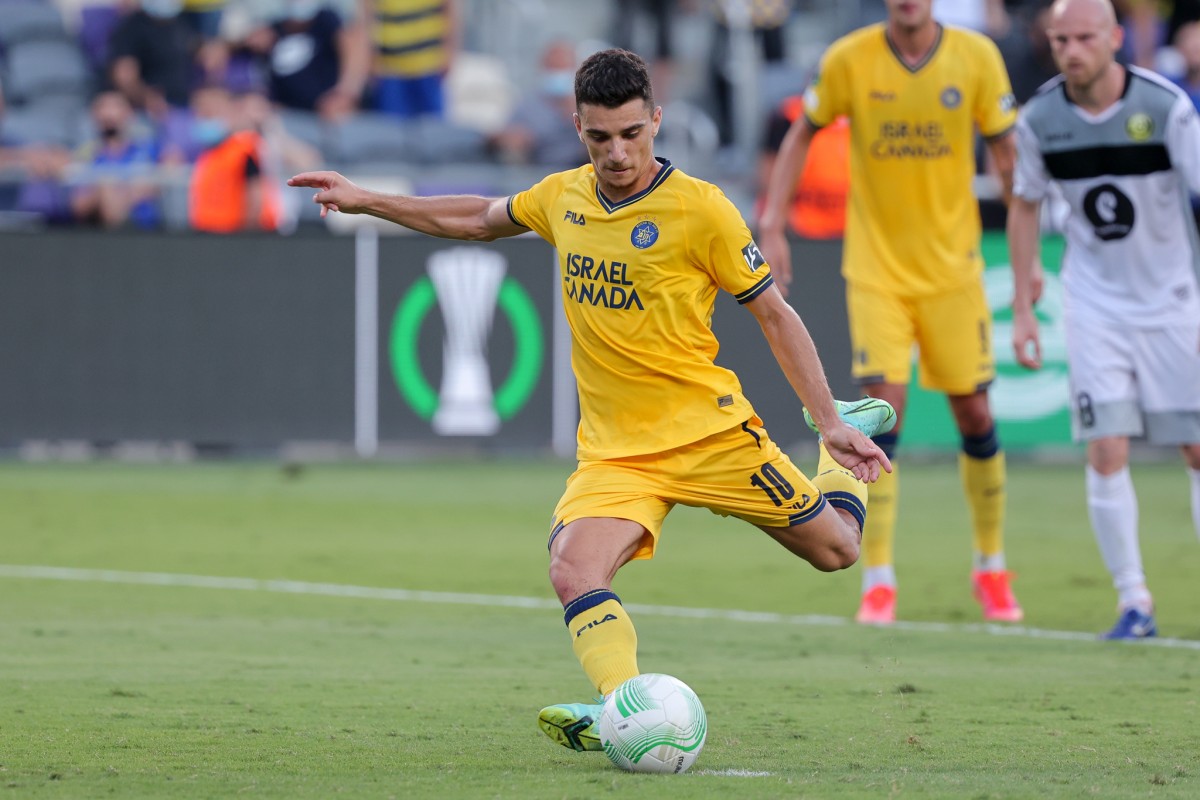 Despite the two-goal lead at the break, Van Leeuwen made a double change as Avi Rikan and Matan Hozez replaced Guerrero and Biton for the restart.

Just before the hour mark, Hozez and Andre Geraldes exchanged passes before the winger was knocked down winning a free kick. Hozez whipped up the free kick that was cleared by Alashkert’s defense who managed to handle every cross sent in their direction. 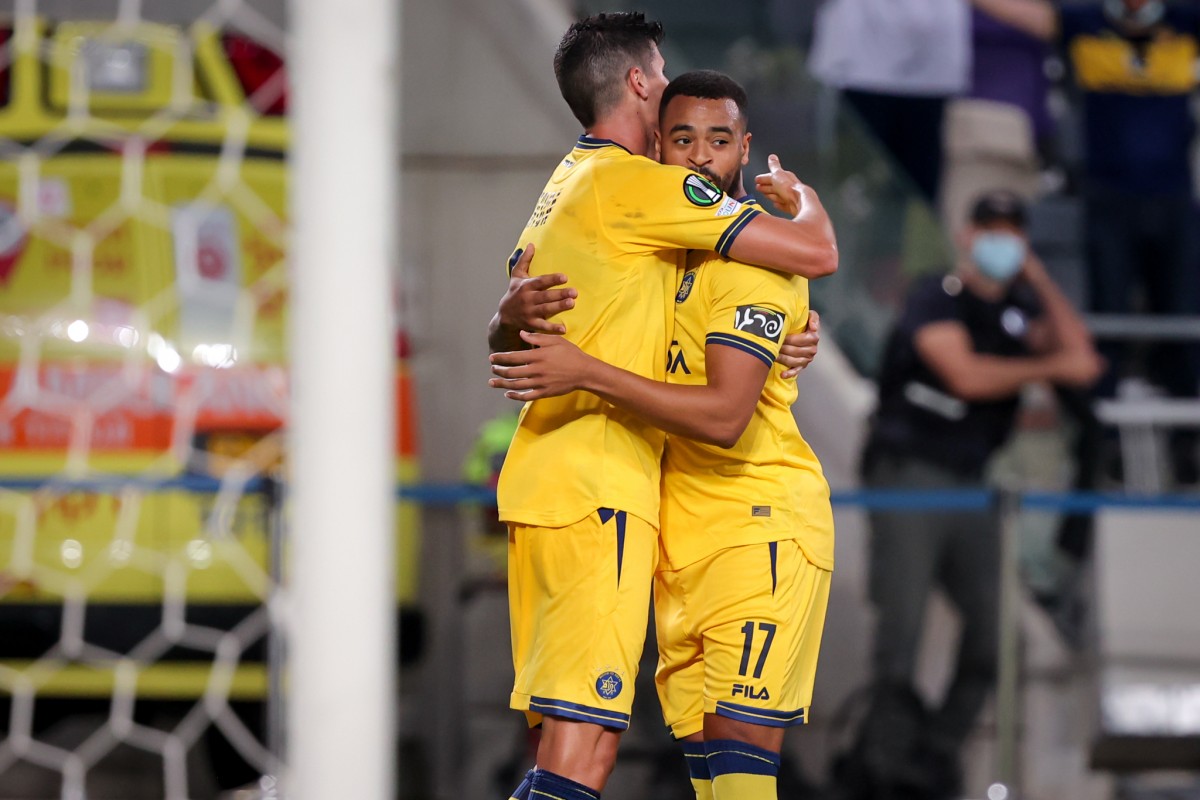 In the 67th minute, Van Leeuwen made another double change as Sheran Yeini was replaced by Shahar Piven and Kanichowsky bowed to a standing ovation allowing Brandley Kuwas to make his Maccabi debut.

It didn’t take too long for Kuwas to make a good impression as four minutes after his introduction, the Dutch-born winger played a key role in Maccabi’s fourth goal. A smart pass from Kuwas opened Alashkert’s opening, canceling their offside trap to free Perica who ended up with only the keeper to beat but generously squared the ball to Hozez who scored to carry the score. at 4-1 of 71. 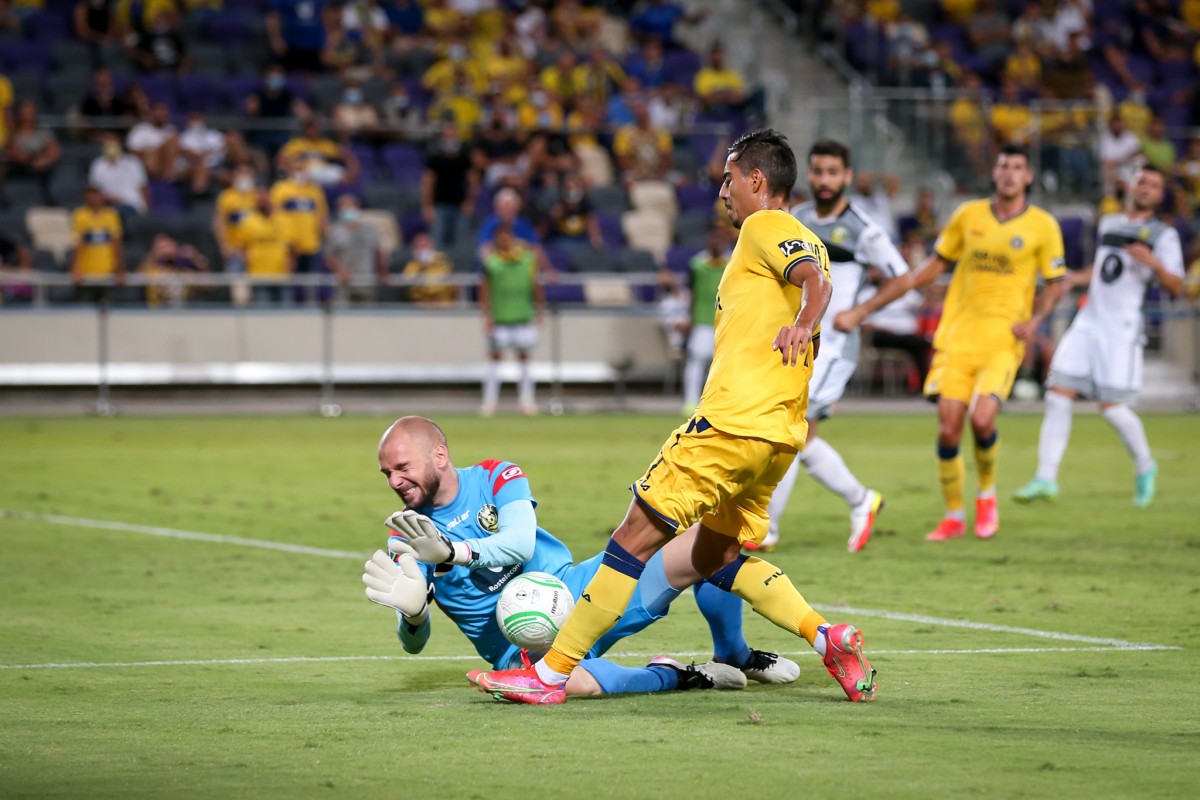 Perica himself received a standing ovation when he was substituted in the 80th minute, allowing Osama Khalaila to make a 10-minute impact.

A minute later, Hozez’s cut-back attempt was blocked and reached Piven, whose strike passed the crossbar.

The referee’s final whistle sent the Maccabi players to celebrate the victory with the 6,934 fans who attended the game. All parties involved will come together again on Saturday at Bloomfield for the Championship game against Maccabi Haifa, which is expected to be a completely different affair.