Quick greetings New England morning. I’m finally here for my long threatened trip to Boston. I was planning to be here in early July before our robotics event, but SARS-CoV-2 and its many variants had different ideas. I narrowly avoided another postponement on my third time with COVID, but now I’m in this brief (and ever-shrinking) window of relative immunity. It’s like I’m Superman or something (probably shouldn’t have gone with one of DC’s few maskless superheroes).

Considering I haven’t been out since 2019, I may have overbooked. I met four startups yesterday afternoon after arriving in Logan, spent this morning meeting with a few VCs/accelerators and startups, and am currently writing to you from a MassRobotics conference room (thanks to Joyce, who kindly booked a conference room to chat with a few founders before a panel and other meetings tonight).

A general aerial view during a game between the Boston Red Sox and New York Yankees on August 13, 2022 at Fenway Park in Boston, Massachusetts. Picture credits:Billie Weiss/Boston Red Sox/Getty Images

Call it a fact-finding mission. Or maybe a temperature control. We have entered an interesting moment, where superpowered robotic VC investments must finally face the realities of market forces. For a while, the industry seemed relatively immune to the downturn, but despite lingering bullish sentiments about automation as a whole, nothing here can be called “recession-resistant.”

Anecdotally, we may also have entered the phase where key players in already well-represented categories such as logistics/execution are already in place. That’s not to say there isn’t room for new key players to come on the scene, but I suspect it’s a lot harder to get tens of millions of dollars in funding by telling investors that you are an Amazon Robotics killer than he was at the start of the pandemic.

At the moment, I have a close eye on two things:

First, companies that solve extremely unsexy problems. There are still plenty of extremely bad – and unstaffable – jobs that are ripe for automation. I spoke with a company that is a great representation of this phenomenon, which I’ll dive into when I debrief my trip to Boston in next week’s Actuator.

Second, key elements of the larger robotic experience. I know a lot of well-funded companies are looking to build their end-to-end solutions, but as these technologies expand into applications, a ton of smaller industries are going to grow around it. If you have a sufficiently adaptable piece of this puzzle, you have a great – and possibly overlooked – deal on your hands.

There is value in well-placed myopia. Sometimes thinking small is the right business decision. I realize and respect that a lot of people come into space with plans to change the world, but they think globally and act locally and all that good stuff.

About 24 hours into this journey, and I realize how much I missed landing in one place and talking to as many startups as possible. I’m happy to be able to do it again in Boston and hope to be in other cities soon to see what the companies are cooking up and maybe check the temperature of the industry from a much closer perspective. Again, lots more on all of the above next week. 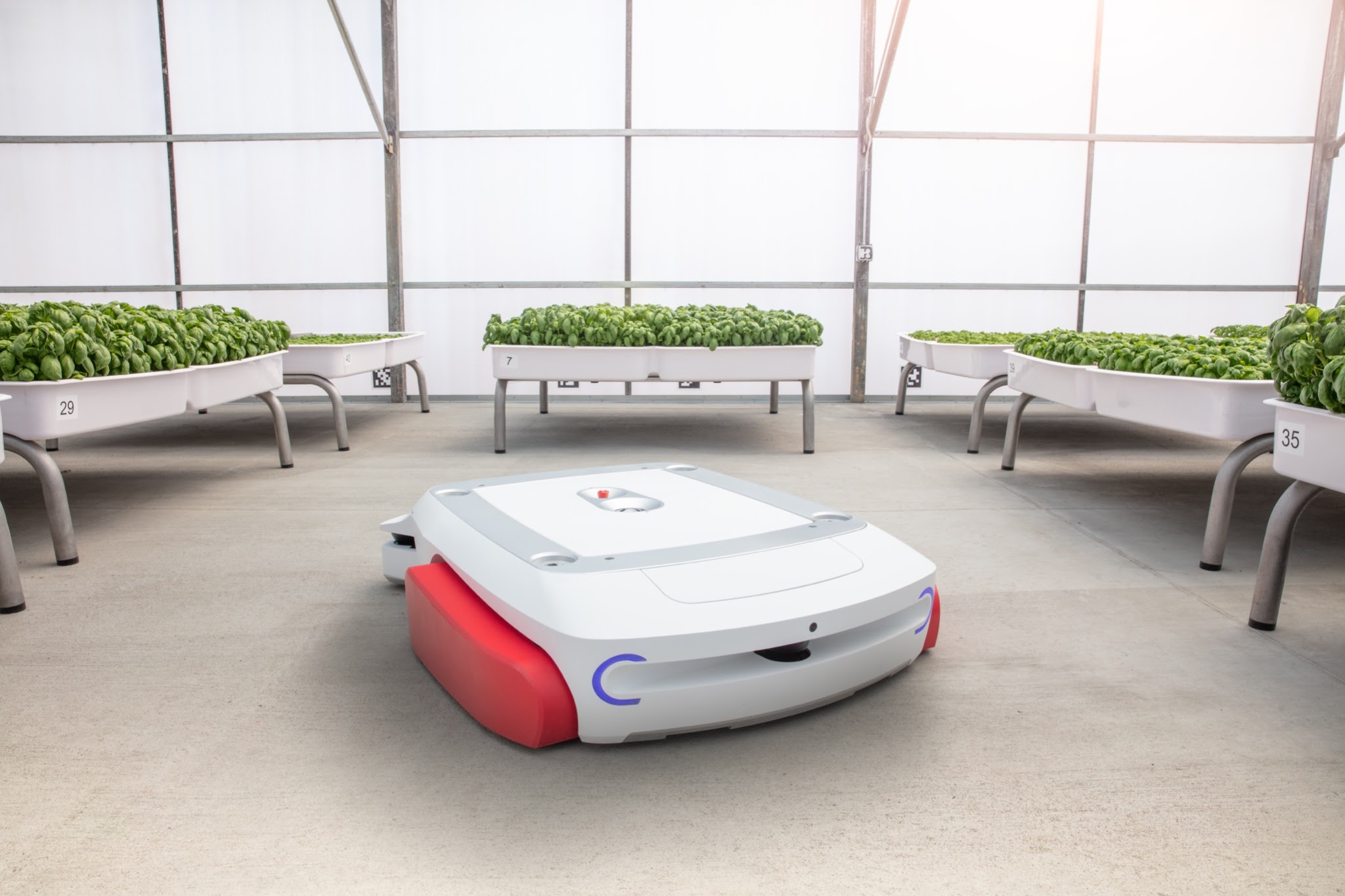 For now, two things are in mind in this newsletter. One is fun. The other less. We’ll start with the bad news. Dismissals. Almost overnight, half of Iron Ox’s staff are out of work. Even forgetting the extremely real and immediate human impact of such a move, it is very disheartening for the industry. There are a lot of questions here. Is this a broader indictment of fully automated greenhouses? Is this something specific to Iron Ox? Perhaps the company’s solution was more proprietary and less adaptable to existing systems than a startup needs to be in the space.

Either way, it’s hard not to walk away from this with the feeling that such a well-funded company is somehow an indicator of the rocky road to automation as space is at its wit’s end. grappling with larger macroeconomic issues.

Chief Legal Officer Myra Pasek confirmed the layoffs this week with TechCrunch. In total, they make up just under half of Iron Ox’s staff and seem to span the entire organization. It’s the gutting of a company that is clearly introspecting around existing elements to capitalize on moving forward. Pasek says:

We decided to focus on our core skills in engineering and technology; as a result, we have eliminated many roles that are not essential to our renewed purpose. However, the layoff was comprehensive and included positions across the organization, that is, it was not limited to certain departments.

Reducing the Iron Ox team was a painful decision – one we didn’t take lightly. We work with our board members and leverage our vast ecosystem across Silicon Valley to help employees find meaningful new work at mission-aligned companies. Iron Ox has always hired world-class talent, and I’m confident that the people we unfortunately had to let go this week will have plenty of options available to them. As a matter of policy, we will not be providing additional details or comments about specific personnel, and we ask that you respect their privacy at this sensitive time.

This was precisely the caveat I alluded to in last week’s newsletter when I mentioned climate robotics companies. It’s not all a surefire bet, but that shouldn’t distract founders from the fact that there’s a lot of good to be done and money to be made in this space. 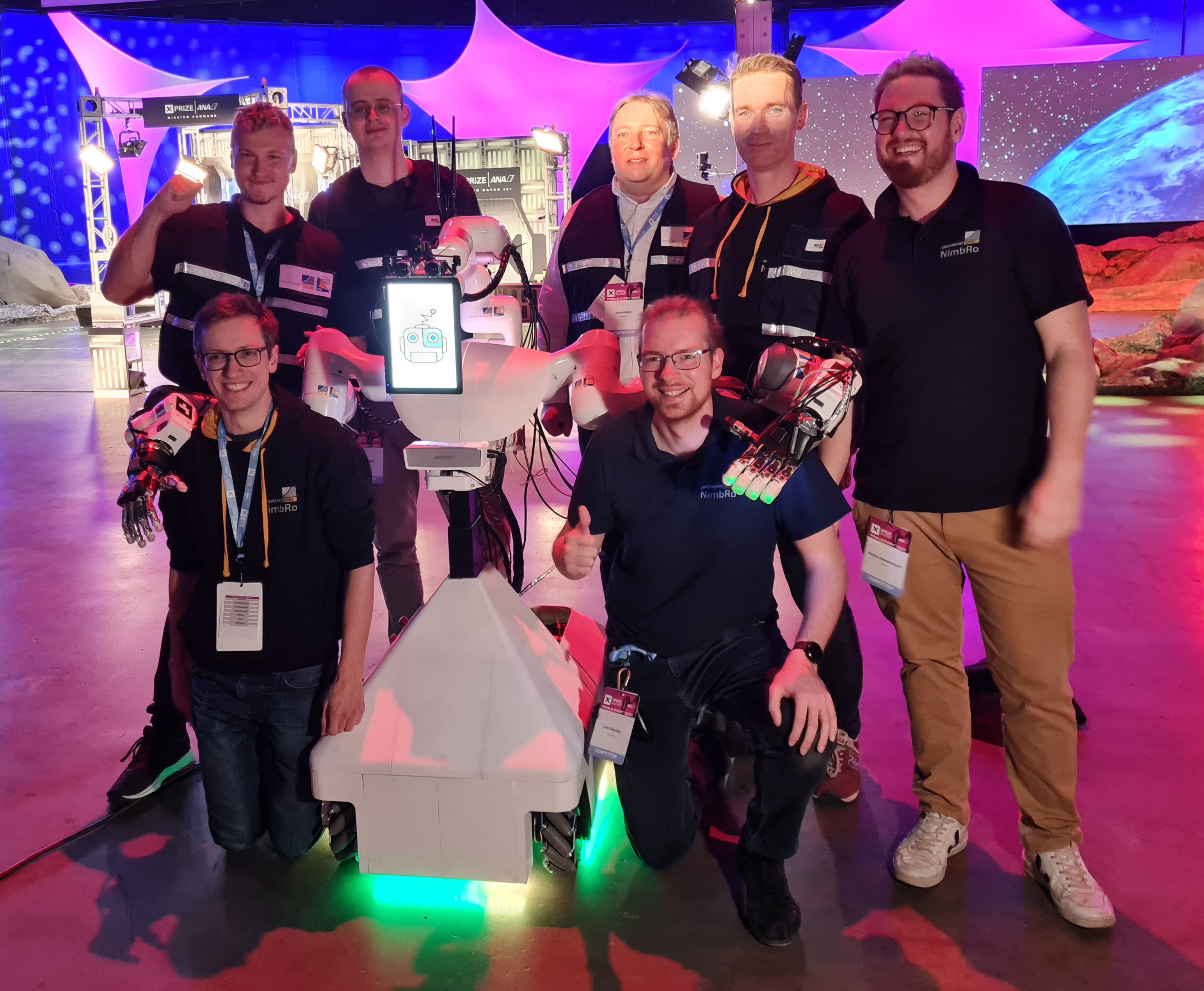 The most pleasant news this week concerns teleoperation. Our TC Sessions: Robotics pitch-off winner Touchlab made it to the semi-finals, but ultimately the XPrize Avatar trophy went to NimbRo, which spun off from the Autonomous Intelligent Systems group at the University of Bonn, Germany. The company won the $5 million prize in the final competition in Long Beach, California.

“NimbRo’s work demonstrates the remarkable potential of avatar technology to transcend time and distance and help address pressing human challenges, from access to healthcare to disaster relief,” said the CEO. of Xprize, Anousheh Ansari, in a statement. “The final test event was an exciting opportunity to share the power of telepresence with thousands of people in person and around the world. We are grateful to all participating teams for their impressive work and efforts to boldly push technological limits.

If I wasn’t on the road like that, I probably would have contributed a significant portion of this week’s newsletter about telepresence. Namely, it seems that the automotive market has dominated the conversation and caused many people in the space to jump straight into full automation. But there is important common ground here to explore. Remote operation makes a lot of sense in many contexts, especially since many recognize precisely how difficult full automation is. 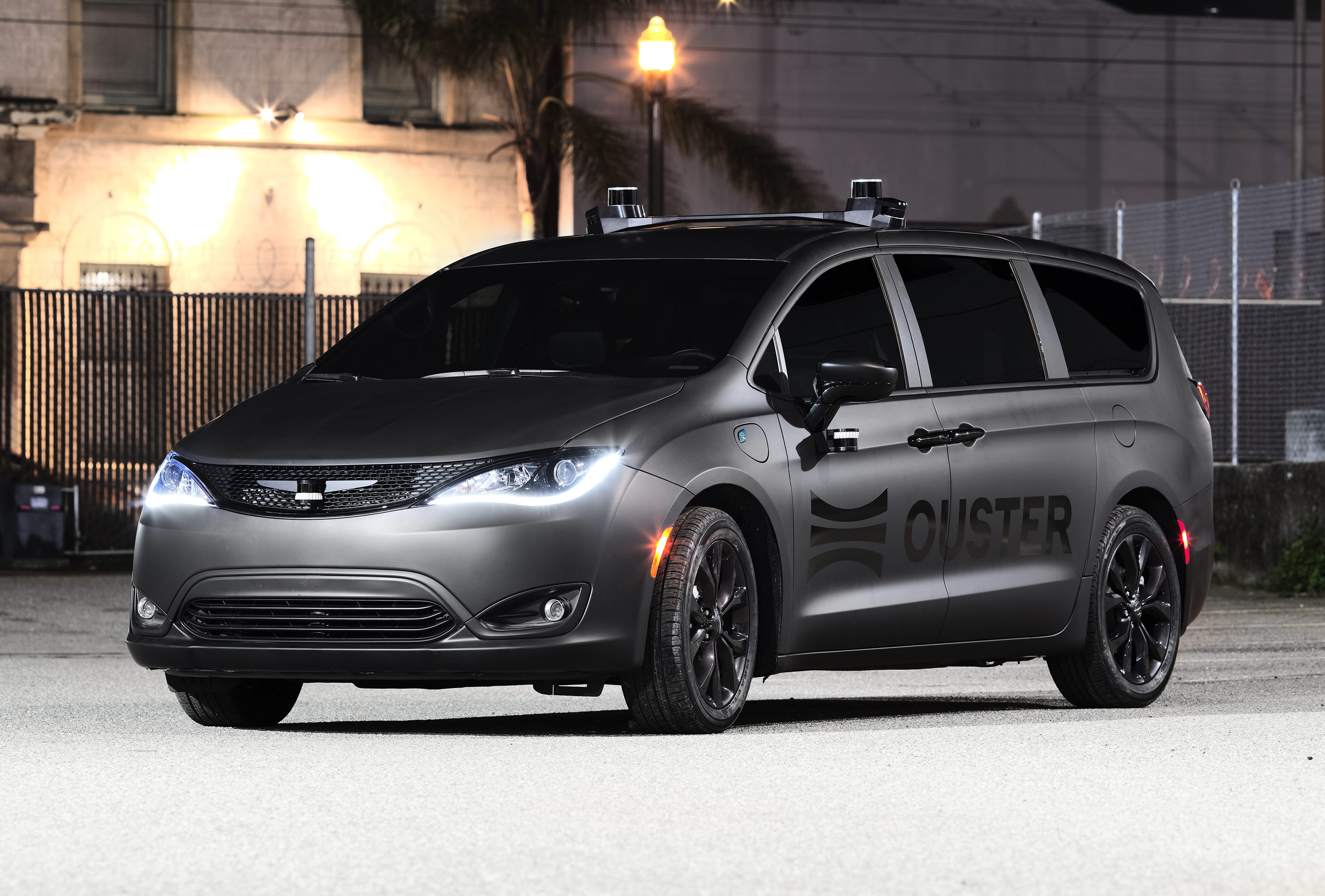 Earlier this week, two major lidar companies agreed to become one. Ouster and Velodyne signed an agreement on November 4 that stipulates that the two companies retain 50% of the shares of the newly formed company. The key factors at play here, as Rebecca points out in her article, are (1) there’s a lot of business in lidar space – LOTS, LOTS – and (2) things are coming back to Earth after the big SPAC earth. to input. Ouster co-founder and CEO Angus Pacala will become CEO of the combined companies, while Velodyne CEO Ted Tewksbury will serve as executive chairman of the board. 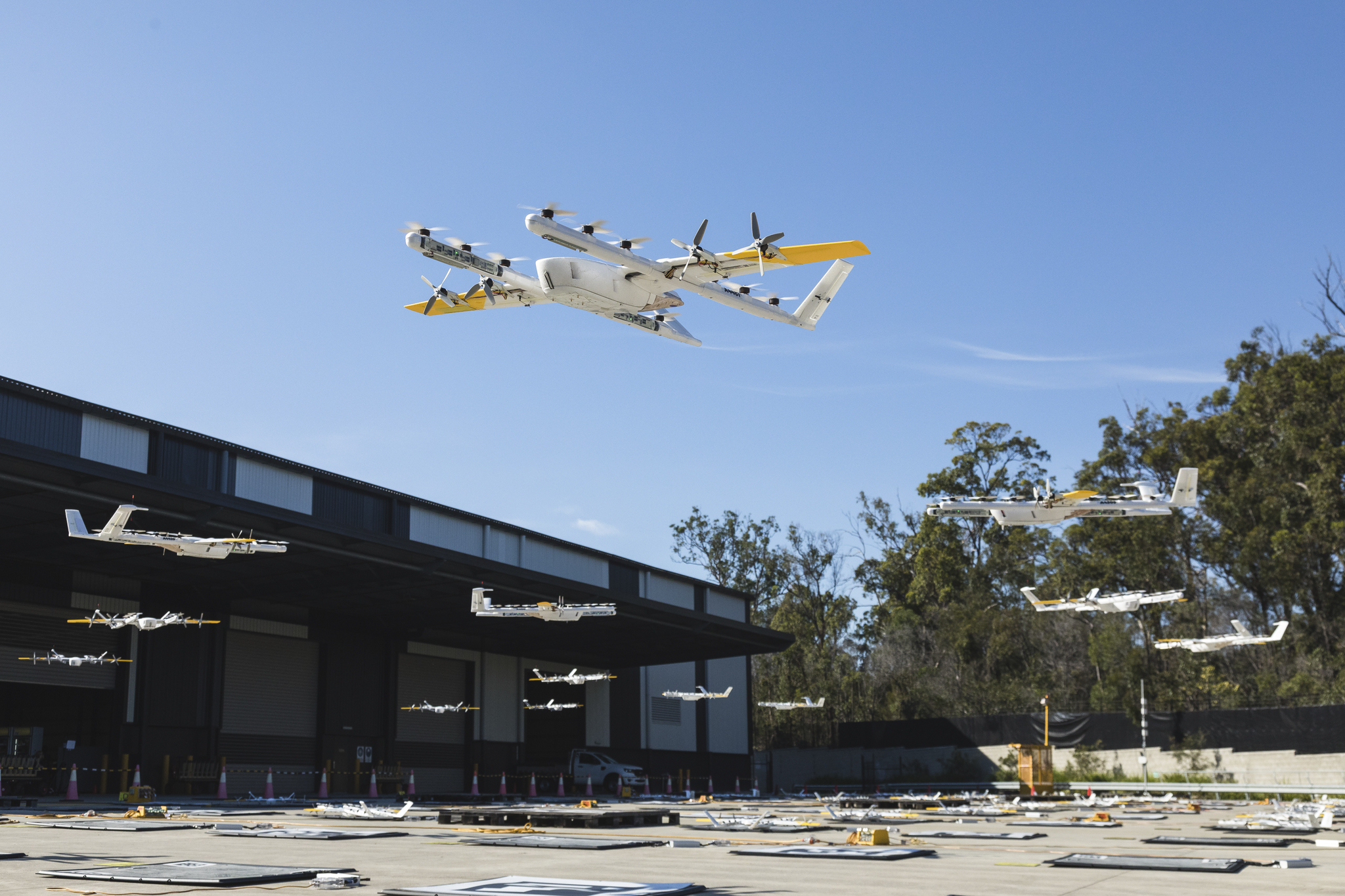 Meanwhile, drone delivery service Wing continues to expand its Australian operations. The Alphabet-owned company has struck a deal with DoorDash that will provide drone delivery of convenience items and groceries in 15 minutes or less through the popular app.

“While Wing has traditionally provided delivery services directly to residential and commercial customers, to further accelerate our technology development, we will increasingly work with marketplaces and logistics partners to expand their delivery options,” said Simon Ross, Director general of Wing Australia. “[We’re focused on] making fast drone delivery affordable and sustainable for them and their customers.

Read next week’s dispatches next week by subscribing to Actuator.