David Moyes is aiming to avoid West Ham’s ‘congested’ fixture accumulation by finishing top of his Europa Conference League group and advancing directly to the last 16 of the tournament.

By Kieran Gill for the Daily Mail

David Moyes urges West Ham to avoid having to add two games to their busy schedule by finishing top of their Europa Conference League group.

Finalists must play a two-legged draw to reach the last 16, while the top teams qualify automatically. The Hammers lead Group B with three wins from three and face Anderlecht at home tonight.

Gianluca Scamacca scored the winner against the Belgians last week as a substitute and the £35.5m striker is set to start tonight, with Michail Antonio suffering from the flu.

“We want to qualify above all, but that would be even better than winning the group, because that would mean losing a few games,” admitted coach Moyes.

When asked how beneficial that would be, the Scot added: “It definitely would. The week after we have a match Monday, Thursday, Sunday, which sounds ridiculous, but that’s how the match list has it.

“We tried to do something about it. It’s a congested time. You will surely try to make it less cluttered. 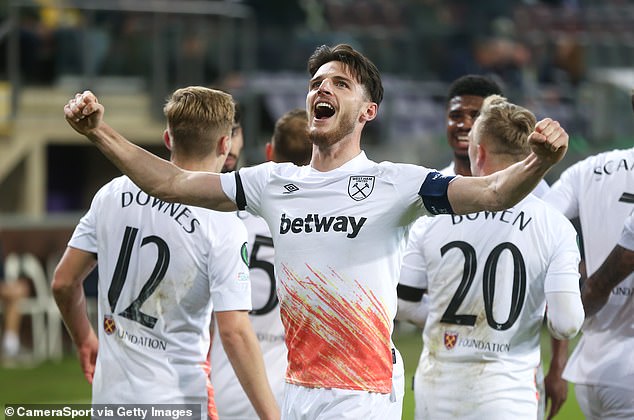