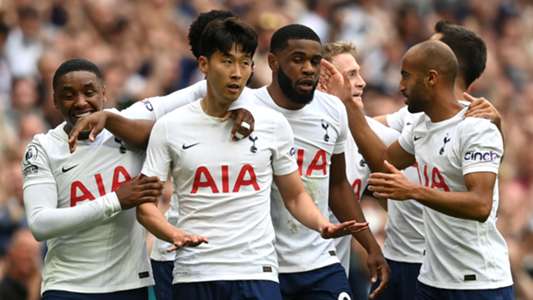 Tottenham have been paired with French side Rennes in Group G of the Europa League Conference.

In addition to the Ligue 1 squad, Spurs will also face Eredivisie Vitesse and Slovenia’s Mura squad.

Spurs secured a place in the group stage of the competition after beating Pacos Ferreira 3-0 in the second leg of their qualifying game on Thursday, reversing a 1-0 loss to the Portuguese in the opening clash.

What are the other groups?

Elsewhere, LASK, Maccabi Tel Aviv, Alahskert and Helsinki are together in Group A, while Ghent faces Serbian side Partizan, Flora from Estonia and Anorthosis Famagusta from Cyprus.

AZ, Cluj, Jablonec and Randers will face each other in Group D, while Feyenoord faced a tough group with Slavia Praha, Union Berlin and Maccabi Haifa.

When does the competition start?

The first round of matches will be played on September 16, with the sixth and final matches of the group stage taking place on December 9.

The winners of each pool will advance to the round of 16 of the tournament, while the runners-up will take part in a play-off against the third-placed teams of the Europa League group stage.

The winners of each of these matches will face the eight group winners of the round of 16.