Located north of the Arctic Circle, they say the wind chill in the town of Bodo at this time of year is so severe it can stop unsuspecting tourists in their tracks.

If only the falling mercury were Celtic’s only concern as they look to turn the tide in Norway next week.

What a trying night this turned out to be on Ange Postecoglou’s side. After all the talk about going far in the Premier League, they were second here by a long shot.

Facing an opponent whose reputation now haunts them in Europe, the Australian side looked a pale imitation of one that had gone 17 games unbeaten and won nine in a row.

At the end of it all, you couldn’t help but reflect on the Celtic manager’s words of displeasure following a pedestrian display against Raith Rovers last weekend.

At the time, some observers may have thought he had eaten too much of the pudding. His words now sound prophetic.

It was a night of old familiar failings. To the 15 goals conceded in six Europa League matches, three more were added by Runar Espejord, Amahl Pellegrino and Hugo Vetlesen.

Two goals down, Daizen Maeda’s header briefly gave Celtic hope, but it lasted two minutes. Ahead of next Thursday’s return, he is now extremely thin on the pitch when it comes to progression.

You just had to applaud what Bodo/Glimt has achieved here. Back-to-back Norwegian champions have never been impressed with the occasion.

Considering they beat Roma 6-1 at home before drawing 2-2 in Italy earlier in the campaign, that really shouldn’t have come as a surprise. 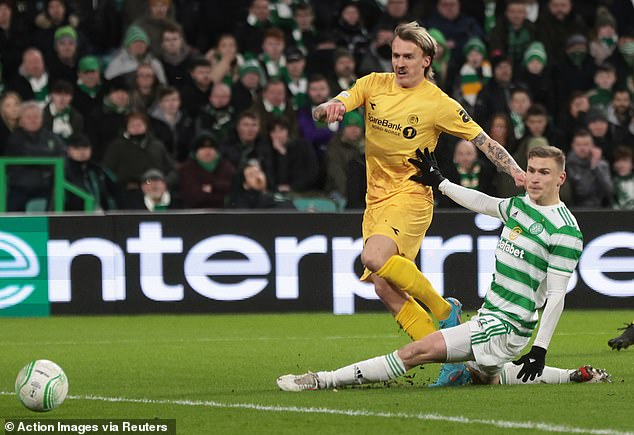 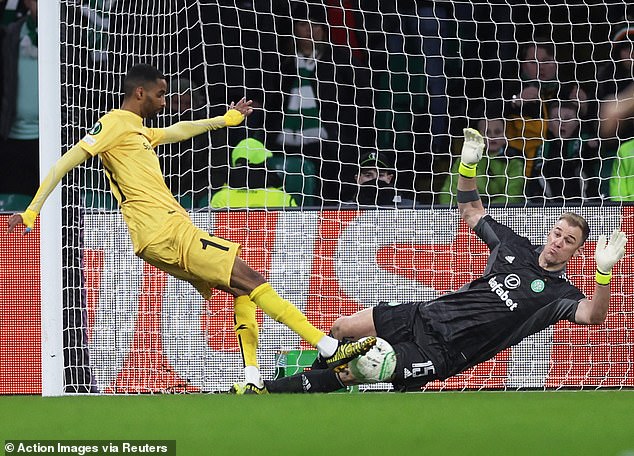 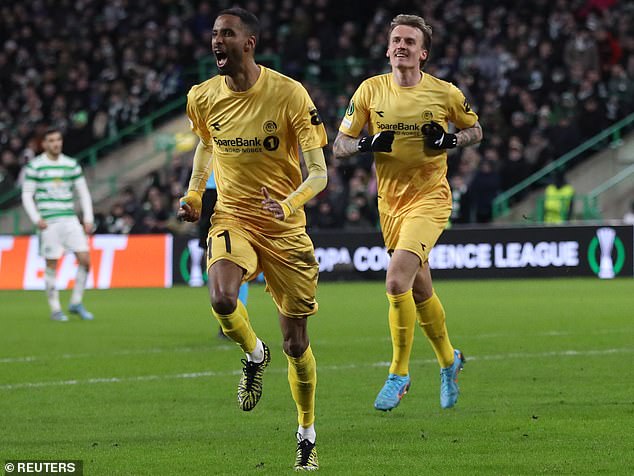 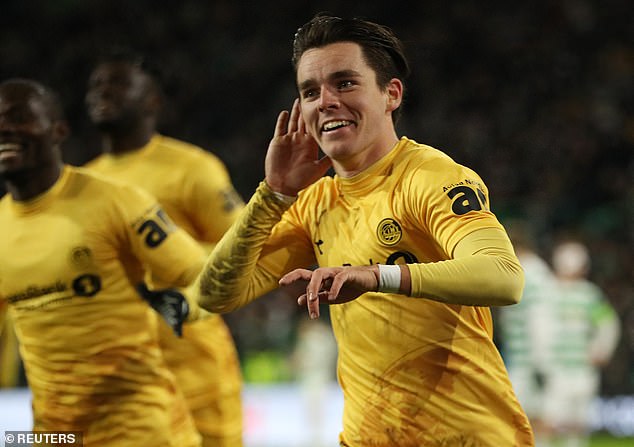 Team of a city of barely 50,000 inhabitants, they played like thoroughbred Europeans.

You wouldn’t be betting against them going far in this competition. And everything will be bought and paid for.

It was billed as a fire-fighting night, but the Norwegian’s display was just too hot for the Postecoglou team to handle.

For Celtic over the past 18 years, the first post-Christmas knockout round in Europe has brought nothing but heartbreak.

Since this famous massacre in Barcelona in 2004, seven meetings have taken place. Each ended in failure.

Notwithstanding the fact that Bodo/Glimt came to town as champions, they were neither AC Milan nor Valencia.

They are also in the midst of an epic pre-season, with their League season only starting in April. There was then no way to disguise Celtic’s status as favorites to go through. Not now, however. 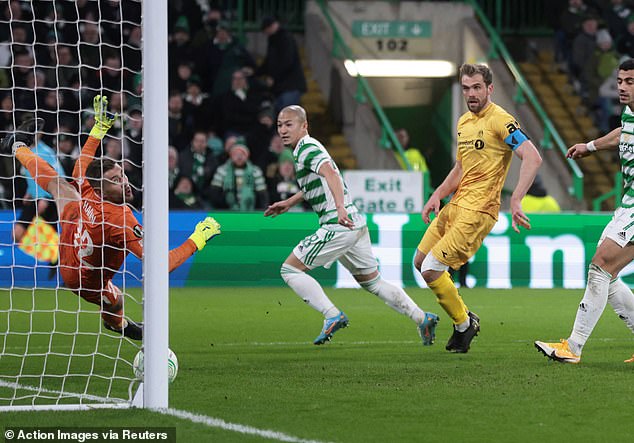 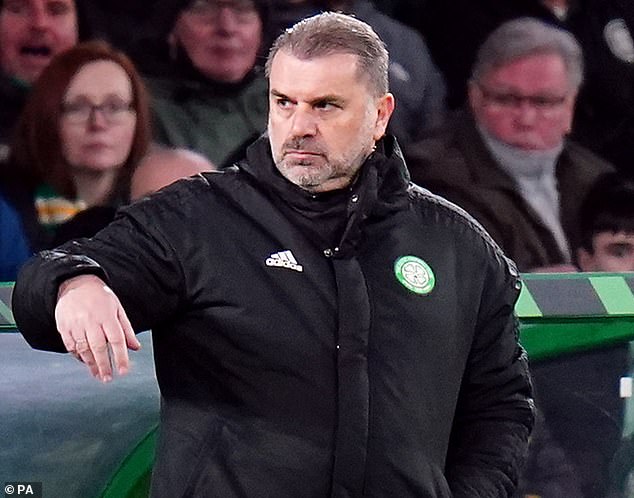 The similarities between the teams in terms of slavish devotion to building from the back and quick counter-attacking style were surprising. It was just that visitors were much better at it.

Celtic were the first to penetrate through Carl Starfelt’s slide rule ball. Maeda thought he would shoot better from an angle and cross but couldn’t find any takers.

The visitors responded with a one-touch passing move that ended with Pellegrino cutting inside and testing Joe Hart with a low curler.

Bodo/Glimt’s qualities were immediately evident. Comfortable on the ball, with explosive pace down the flanks, they took the lead in seven minutes.

It was superb movement, complex and clean balls played on the feet. Movement and sharpness led the Celtic defense into a joyous dance.

He was eventually transported to the Espejord – into space 15 meters away. Cameron Carter-Vickers went to the ground in a futile attempt to block the shot. It went past him and Hart and landed in the far corner of the net.

Celtic were rocked. There was no fluidity in their game at first. The overtaking was botched.

Callum McGregor’s ball over the top prompted Maeda to swing his right boot. The Japanese did, but only took in fresh air.

With the game up and down, Alfons Sampsted, the visitors’ right-back, had a threatening strike blocked by Carter-Vickers.

Starfelt sent a wide header then shouted at the Latvian referee for a handball. That pretty much summed up Celtic’s desperation.

Promising times for Postecoglou’s men were crushed by poor decision-making. Both Jota and Liel Abada were guilty of taking hits when they had better options.

Elsewhere, Tom Rogic was too easily muscled by Ulrik Saltness. Maeda came deep but her keys were heavy. Collectively, they were all off the beat. 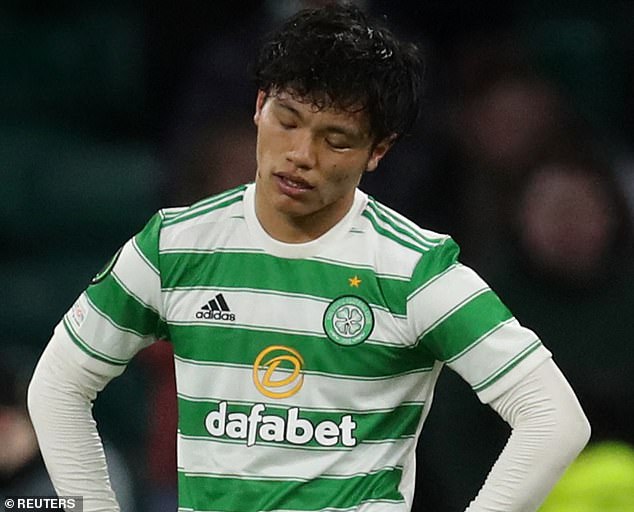 Kjetil Knutsen’s men had certainly done their homework. They refused to let Celtic play through them, forcing their opponents away. In Nikita Haikin, they also had a goalkeeper who sucked up every cross ball that came his way. Rarely have they looked at a set piece under threat.

Their composure and bravery on the ball only seemed to grow. They were never going to be frightened by the noisy atmosphere.

Celtic restarted the second half with a point to prove and a greater sense of goal. Jota fired a decent effort from just above but the crowd responded positively.

McGregor sent a ball 50 yards over the top. Maeda tricked him and opted to have him go around the keeper. Haikin somehow caught up and pulled off a remarkable save.

The importance of this moment was immediately perceived. Ola Solbakken had felt the wrath of home support trying to stop the game for a questionable-looking facial injury. 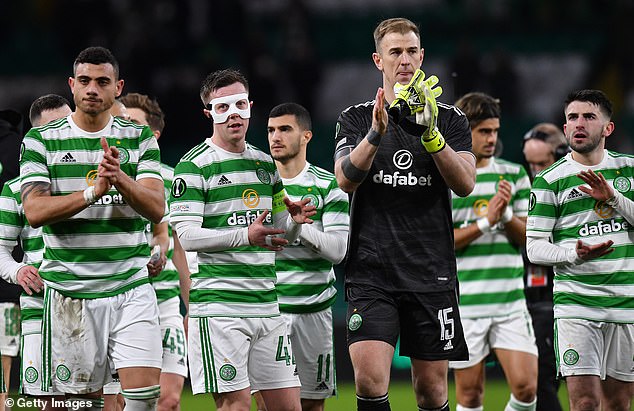 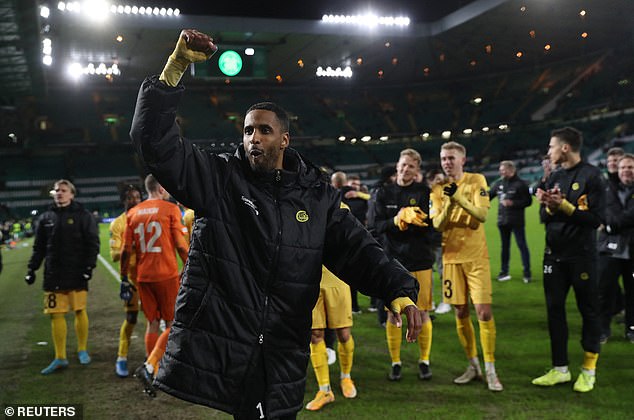 He got up like a man on a mission. He bulldozed his way past Greg Taylor and Matt O’Riley. His low cross required a decisive intervention from a Celtic defender. None were forthcoming. Pellegrino kept his cool and picked his spot.

Bodo/Glimt were putting on a show. Celtic couldn’t do right for doing wrong.

Giorgos Giakoumakis and Reo Hatate replaced the ineffective Rogic and Abada, but any number of players could have made way.

The little Israeli just couldn’t start here. He should have cut the deficit in half with a header just before leaving the stage, but that was miles away.

Chances like these were hard to come by. Jota put Haikin to work with a powerful drive that was returned with interest from the keeper’s fists.

Just when Celtic seemed to run out of ideas, they bought a ticket for the contest. Josip Juranovic’s cross from the right left Maeda with work to do, but his pretty looking header gave Haikin no chance.

With 11 minutes remaining, could Celtic still draw this from the fire? In less than two minutes, we had the answer.

After assembling in an impromptu group, Knutsen’s team immediately returned to the attack. The ball was worked at Vetlesen at the entrance to the area. His ambitious shot caught McGregor. Hart was a spectator as he circled above him and into the net. Tie and finish.