By Liam Morgan for Mailonline and Pa Sport

Jose Mourinho next faces Leicester after his Roma side beat Bodo/Glimt 4-0 to reach the Europa Conference League semi-finals.

Roma trailed 2-1 from the first leg but were in fine form at the Stadio Olimpico as they staged a meeting with Brendan Rogers’ Leicester in the last four.

Nicolo Zaniolo scored a hat-trick to seal a 5-2 aggregate win and Tammy Abraham, on loan from Chelsea, was also on course to take his tally for the campaign in Italy to 18 goals in all competitions. 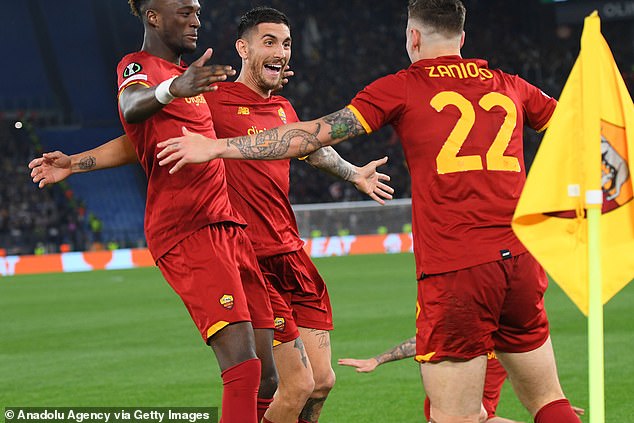 The victory saw Roma avenge the embarrassing 6-1 defeat they suffered against the Norwegian side in the group stages in October.

“I think Roma are playing a lot better than people give us credit for,” Mourinho said.

“It’s too easy to say we have character, we’ve been unbeaten for a long time because we’re organised, but the truth is we’re playing a lot better than people say.”

“There was no doubt today. I told my team at half-time that it was not about humiliating the opponent, winning 6-1 like they did in Norway, but to reach the semi-final.

“Some fatigue set in later, of course, but the team deserved it, we are now 12 games in the Conference League and it is difficult to play on Thursdays and weekends, but we are here waving the Italian flag in Europe.” 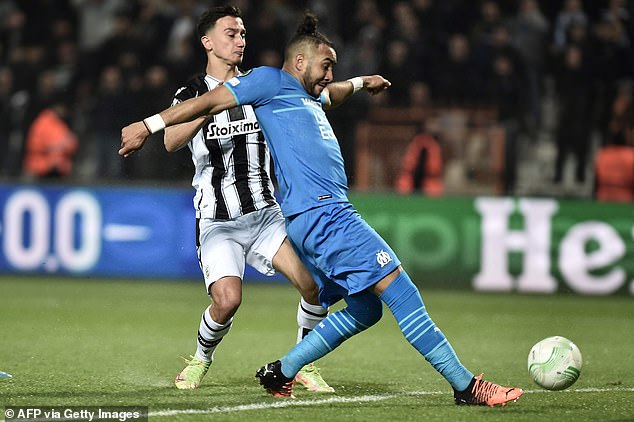 The first leg was marred by an altercation in which Bodo coach Kjetil Knutsen and Roma goalkeeping coach Nuno Santos were provisionally suspended.

Elsewhere, Dimitri Payet scored the only goal in Marseille’s win at PAOK to send the French side into the last four 3-1 on aggregate.

Feyenoord will be their opponent after Cyriel Dessers scored twice to inspire a 3-1 win at Slavia Prague and a 6-4 overall triumph.