DERRY CITY was sent off from Europe at the first hurdle as Riga’s Brazilian winger Gabriel Ramos netted a brace to double his side’s total in the first leg.

It’s been a disappointing week for the Candystripes, with the 24-year-old from Rio proving a thorn in the side of their defense in both legs after also scoring in the 2-0 win at Brandywell.

Around 300 Derry fans made the trip to Skonto Stadium and almost saw Ruaidhrí Higgins’ side pass by on the night.

Cameron McJannet had an effort cleared from the line before James Akintunde screwed his shot wide after being clean on goal.

Will Patching hit the woodwork in the second half, but by then Ramos had already scored.

Douglas Bergvist had already powered a free header over the bar when Derry was opened up on the left flank in the 33rd minute by Glody Ngonda. 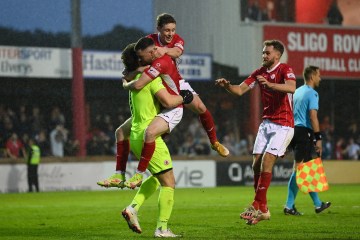 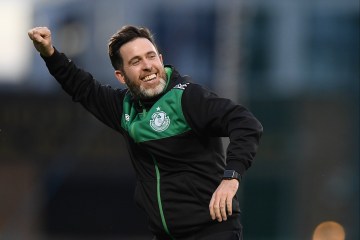 When the ball was brought back towards the penalty spot, Ramos was in acres of space and ruthlessly found the net.

It could have been worse when first substitute Mikael Soisalo came in behind the Derry defense but Brian Maher made a huge save with his leg stretched out at his near post.

Patching’s chance came in the 58th minute after a fine set-up involving Cameron Dummigan, who found Danny Lafferty in space on the left.

The City wing-back showed great composure to spot Patching just inside the box, but his superb shot hit the top of the bar.

And with 13 minutes remaining, the visitors’ misery was complete when Ramos broke down the left before firing past Maher.

Good news for Derry was the return from the bench of winger Michael Duffy for the first time since he fractured his shin on his second City debut against Drogheda in March.